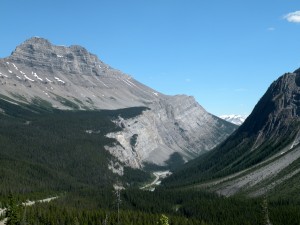 “For I know the plans I have for you,”, declares the LORD, “plans to prosper you and not to harm you, plans to give you hope and a future.”  Jeremiah 29:11

Let’s say you have something you need done.  It is very important, and yet, you are not able to do it yourself.  You ask someone to do it for you.  How do you feel when they mumble and groan the whole time?  You feel entirely different when they smile, when their demeanor shows they actually want to help out.  And then, there is the in-between.  You ask; they do.  You and they both know it isn not something they particularly want to do, but because they love and trust you, they are very willing to do it.

The same correlation can be seen in how we accept and have faith in God’s will, God’s plan for our lives.  Sometimes we want something so bad we are willing to sacrifice other things, important things, to get it.  We jump through all of the earthly hoops, and then seal the deal with prayer.  We know how we will react when the answer is yes, but how do we react when the answer is no?

Do we really have a choice here?  After all, when the answer is no, we have no other choice but to accept His will.  Actually, the choice is in how we respond to and accept his will.  Remember the difference between begrudgingly and joyfully doing something?  If we begrudgingly lay our disappointment at His feet, we are saying, “I don’t like this.  I don’t want this, but because You are Lord and you say so, then it is.”  If we joyfully lay it at His feet, we are saying,  “Thank you, Lord.  It really is fine!  I guess I really shouldn’t have wanted this after all.”

I think this is where the in-between comes in to play.  Instead, we bring our disappointment and lay it at His feet saying, “Lord, this really hurts right now, but in your infinite wisdom you know best.  Help me to accept and trust your will, your plan for me.”

If you were God, which approach would you prefer?  Would you want the begrudged acceptance, the joyful resignation, or the trusting disappointment?  Which response would you feel was the most honest?  Personally, I would rather know someone is disappointed in me, but trusts me, than have them constantly complaining about me, or just giving me lip service.

You do have a choice.  Take your disappointments to Him.  Let Him know your pain, but let Him know you trust Him also.  He knows the plans He has made for you.  Besides, He can handle it!

See 'About Me' page at http://www.marthasorbit.com
View all posts by Martha →
This entry was posted in Faith, Habits, Inspiration and tagged choice, in-between, Lord. Bookmark the permalink.