In The Shadow Of Grace 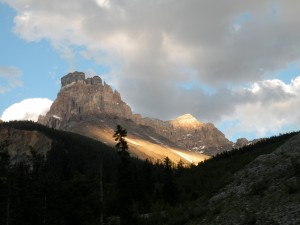 Lord, let me walk through this day in the shadow of Your loving Mercy and Forgiveness, yet in the Light of Your Resurrection and Everlasting Joy.
Amen.  (MMW)

When light falls on an object it casts a shadow where the object displaces the light’s rays.  Shadows can be regarded by some as darkness, as evil lurking.  Such would be the case if Satan’s glaring light fell upon you.  Your shadow would become an ugly space to be in, for Satan’s light is false.  It’s glaring brightness attracts and pulls sinners in, taking hold of them until the shadow of death is flung far and wide around them.  They may appear alive and fulfilled, but truly they are just empty shells.  Wherever they cast a shadow others are attracted by their false brightness.  Within their shadow of death evil is most definitely lurking.

The complete antithesis of this shadow of death is the Light that shines forth from Jesus Christ, the Light of Resurrection and Everlasting Joy.  When His Light lands on you the shadow you cast is quite different.  Because we have the Light of Christ our shadows are not filled with darkness, but instead, with divine graces such as love, mercy, forgiveness, charity, and hope.  When others enter within our shadow they find comfort and life rather than sin and death.  For, from those who have the Light of Christ upon them, the shadow that is flung far and wide is the shadow of His Grace.

I pray each of us live in His Light and cast a shadow of His Grace upon all those we meet this day.  And, may God bless all who seek that grace. 🙏🏻

See 'About Me' page at http://www.marthasorbit.com
View all posts by Martha →
This entry was posted in Faith, Habits, Inspiration, Prayer and tagged death, Grace, Light, shadow. Bookmark the permalink.