Pulled By The Grace Of God 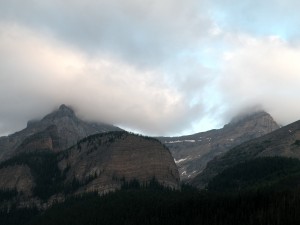 “Thus says the Lord, ‘The people who survived the sword found grace in the wilderness.”  Jeremiah 31:2

Your life has been turned upside down, you have been thrown in the fire, tested beyond your endurance … or so you thought.  In actuality you have been living in grace, the grace of change, the grace of God.  It certainly didn’t feel like grace at the time.  In fact, it felt like anything but.  After the fact, I have often said that God dragged me, kicking and screaming, to a better place in my life.

Sometimes we are absolutely positive we are on the right track.  Things are going along just fine; we know we are doing the right thing.  Then, something happens.  Everything changes.  What we knew to be is no more.  Whether we are faced with changes in jobs, homes, or even friends, we are not happy campers.  More than likely we are unhappy because the change was unexpected, not something we planned, and not something we wanted.

Unwelcome, unplanned change is never easy.  And we tend to fight it, which makes it even harder.  If we knew ahead of time, we could at least choose to go with the flow, or make the best of it.  When it hits like a ton of bricks, the first thing we do is duck and cover, or run headlong into it, or maybe even run in the opposite direction.  We don’t have time to analyze because we are too busy being shoved down the path!

With the luxury of hindsight, we often find that everything worked out in the end to our good.  Maybe the job change resulted in a better job, or at least one we like better.  Maybe the home change brought us to a new place with a chance to start a new life.  Maybe we needed new friends who would accept and appreciate us for who we are.  Slowly but surely, we begin to realize, that all along, we were being pulled by the Grace of God to that better place.

I will use as an example one of the times in my life when God did pull me in Grace, literally kicking and screaming.  I thought I was doing exactly what I was supposed to be doing.  At the time I had been teaching art for ten years in a Catholic school.  I loved it.  How could teaching, and sharing Him with His flock, in a school of my faith not be where He wanted me to be?  I was sure I would be there for a long time to come.  However, He had other plans for me.  And, He knew I would not just walk away; something would have to happen.  Knowing that I was not going to be fired, He would somehow have to make me want to leave.  It wasn’t easy for Him, and it wasn’t easy on me.  He decided to make me good and angry so I would want to leave.  It was a process that had to develop over time.  Did I mention He dragged me kicking and screaming to a better place in my life?  Everything changed for me.  I quit and I was very unhappy about it.  I dwelt in the pain and confusion of it for quite some time.  After awhile I began to see, in my new situation, that I now had the ability to be there for my family, for my children, in ways I would not have been able to, except by the Grace of God!

The next time change rears its head in an unexpected way in your life, try to step back from it and take a good look at it.  It just may be the Grace of God at work in your life.  And remember, happy are those who recognize the Grace of change. Although, sometimes it takes a little distance down the road before we can truly say we have been pulled by the Grace of God to a better place in our life.

See 'About Me' page at http://www.marthasorbit.com
View all posts by Martha →
This entry was posted in Biblical, Faith, Habits, Inspiration and tagged Change, God, Grace, pulled. Bookmark the permalink.