Witness The Truth And Be Judged 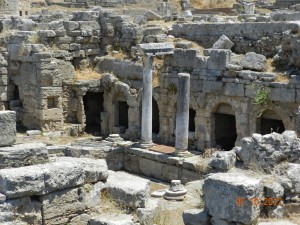 “Observing the self-assurance of Peter and John, and realizing that the speakers were uneducated men of no standing, the questioners were amazed.  Then they recognized these men as having been with Jesus.”  Acts 4:13

Peter and John, two of the most beloved disciples of Jesus, were entrusted by Jesus to carry His saving message out into the early Christian and non-Christian world.  They did so with great enthusiasm and conviction.

In doing so, they were judged by others.  Some judged them to be righteous men bearing witness to Truth, and thereby became believers in Jesus.  Others deemed them to be madmen, or fanatics, and made a point of steering clear of them lest they be judged like them.

There were also those who felt threatened by the power of such men and their ability to draw others to them. These were the high priests, the elders, the men with the power of governing. Feeling their own power and control over the people to be at stake, they would publicly confront Peter and John, trying to intimidate them and trying to silence their message.
Eventually, they had Peter and John arrested and brought before them in an attempt to discredit them among the people. Their plan, however, backfired.  Instead of stifling them, they found themselves dumbfounded, for these two unschooled, average guys had an answer for every questioned thrown at them, which is usually the case when a person wholeheartedly believes in everything they are saying, and when they have the Truth on their side.  Quickly realizing their mistake, the high priests issued an order that under no circumstances were Peter and John “to speak the name of Jesus or teach about Him.” (Acts 4:18)

Peter and John had an answer for that too.  “Judge for yourselves whether it is right in God’s sight for us to obey you rather than God.  Surely we cannot help speaking of what we have seen and heard.” (Acts 4:19-20)

God often uses ordinary men and women to accomplish great things.  In fact, most of the Saints were ordinary average people who suffered from the same doubts, failures, and struggles as every other human being of their time.  When we have seen, heard, and felt the loving mercy and forgiveness of Jesus; when we have been rescued from our sins, and been given the grace of Eternal Life with Him, how can we not help but speak about all we have seen and heard?

Most of us are just ordinary men and women who long to be faithful believers, faithful servants.  Most of us are willing to share Him, but many are unsure as to how.  We don’t have to be highly educated, or in a position of power to do so.  All we have to do is share with others how He has worked in our own lives, how He has made us whole.  In doing so, we may be judged by others as being overly religious, or even as being fanatics.  Some, however, will judge us as righteous witnesses to the Truth, and thereby also become believers in Jesus. And some silent believers, seeing our example, may even begin to speak out themselves.  Yes, we will surely be judged by others, but more importantly, we will also be judged by God.

Don’t be afraid to share all that you have seen and heard. Bear witness, be judged, and help others to share in the grace of Life Eternal.

See 'About Me' page at http://www.marthasorbit.com
View all posts by Martha →
This entry was posted in Faith, Habits, Inspiration, Journaling and tagged judged, Peter and John, share, witness. Bookmark the permalink.